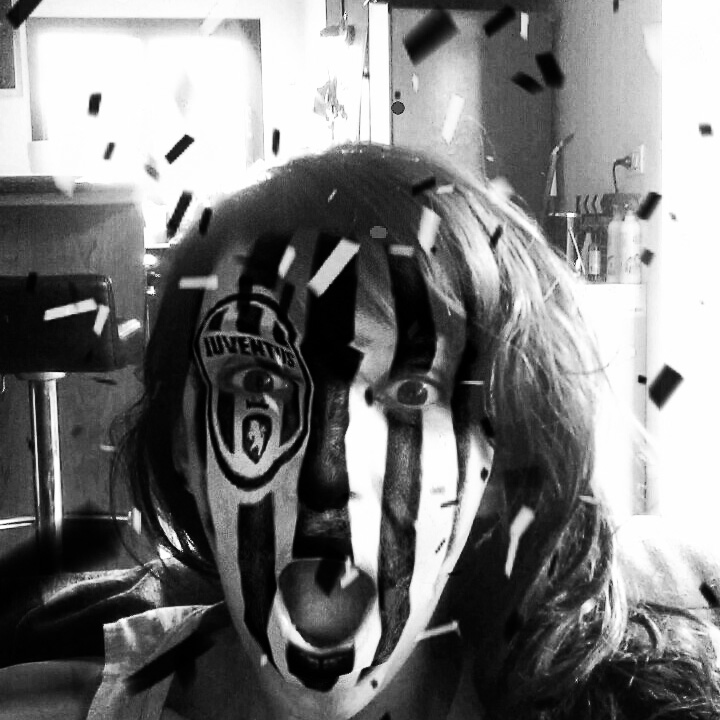 and. so what ?
she loves football, she paints her face in black and white
and goes to sports bars, those noisy, full of sweat and beer
and she stands at the screen, her eyes stuck on the ball
and she shouts and she hopes and her heart beats in strokes
she loves football and so what ? men say a girl shouldn’t.
she drinks liters of amber bubbles, and between the halves she goes
to the men’s bathroom,
and she pees standing up and she laughs and she laughs
adding her stinking drops to those undried spots
of boys on the toilet seat
she loves football and so what ? men say it isn’t girly, it does not look sexy, it doesn’t belong to women
but she goes to stadium and wears her team colors
from the nails to the hair in her very own sexiest fashion
she dances to the goal and cries to the undeserved red card
women say it’s dangerous, it’s boring, it has no interest
she should better stay home, watch some pretty
romantic movies
but fuck, she likes football. and. so what ? she likes the movies too, the series, the cartoons
why would she care what others have to say ?
she wakes up at night to the light of a game
she knows the players, the names, the teams, their value, their style and their talent
she can talk about it until the sun sets and rises, how you should defend, how spaniards attack
but oh, the Juve, and also all the hair styles.
boys do not like girls who like football. Dickheads. The scums they think, they rule the world
just because they believe it’s the last realm that they own
she follows the seasons, the games, the champions
she knows the anthems, the jerseys, the tricks
she loves football. and. so what ?
so she’s just a lovely girl
who loves football